Good morning!  I'm new here, though I used to lurk around the old Transplantbuddies forum.

I'm now 31 years old (in a week will be 32)  kidney failure got me out of nowhere when I was 21 years old.  I spent 4 months in hemodialysis followed by 8 years in peritoneal dialysis.   Considering that during the last couple of dialysis years my kidney function was close to cero,  I had persistent hyperphosphatemia even if I was taking sevelamer plus pepsamar.  Practically last year and a half on dialysis I would only eat a hard protein meal once a day, the rest would be pure egg whites (phosphorus around 5.5)      My PTH was around 655.   I got my kidney transplant in October of 2019, and ever since I had a creatinine that fluctuated between 1.1 and 1.3   All good,  hemoglobin great,  but PTH only came down to 165,  I had mild hypophosphatemia and mild hypercalcemia.      My transplant team remains the same, but ever since October of last year my head monitor doctor changed from my surgeon to another guy.  There some issues started to appear.    Like for example, I have had protein in 24 hour recollection of around 135  (which is not much)  but this doctor wanted me to start enalapril even if I'm currently not taking any blood pressure medication because my BP is normally low (without any medicine)     I tried giving enalapril a chance, but I started having cough and feeling semi-fainted.   This doctor told me that had got nothing to do, and told me to continue with it.    Since I did not want to have problems with my transplant team, I just told them that I am taking it (but I'm not)     Because of the mild hyperpathyroidism, this doctor started me in cinacalcet last May.   Back then, creatinine came at 1.1.     Now, after three months of cinacalcet,  my creatinine came as 1.4.  There was no change to the PTH at all,  and just mild improvement of phosphorus and calcium.       The doctor was recommending me a biopsy to see why the creatinine climbed up,  and I can only think that it is because of the cinacalcet.  I haven't done anything different in these three months besides stopping cinacalcet and not eating soup for breakfast/dinner  (so my water consumption fell a little too)      On the web I found articles stating cinacalcet does reduce GFR,  but according to this doctor it doesn't.

I want to ask,  is a creatinine of 1.4 often reversible?   I feel fine, and apart from having GERD because of the cinacalcet and a pinched nerve in my arm, there is no problem.     Has anyone had trouble with PTH after transplant? 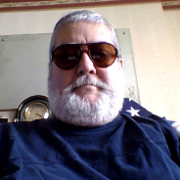